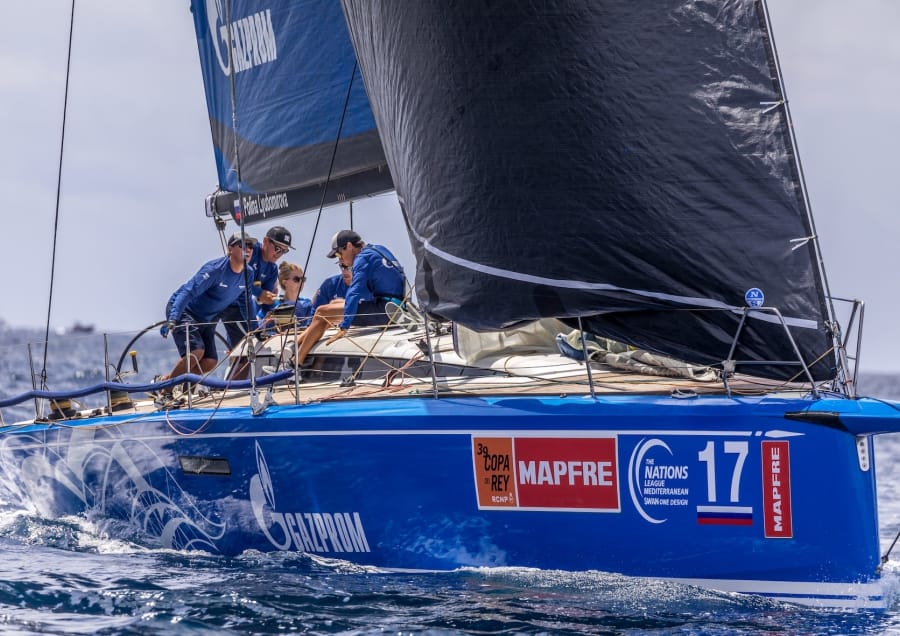 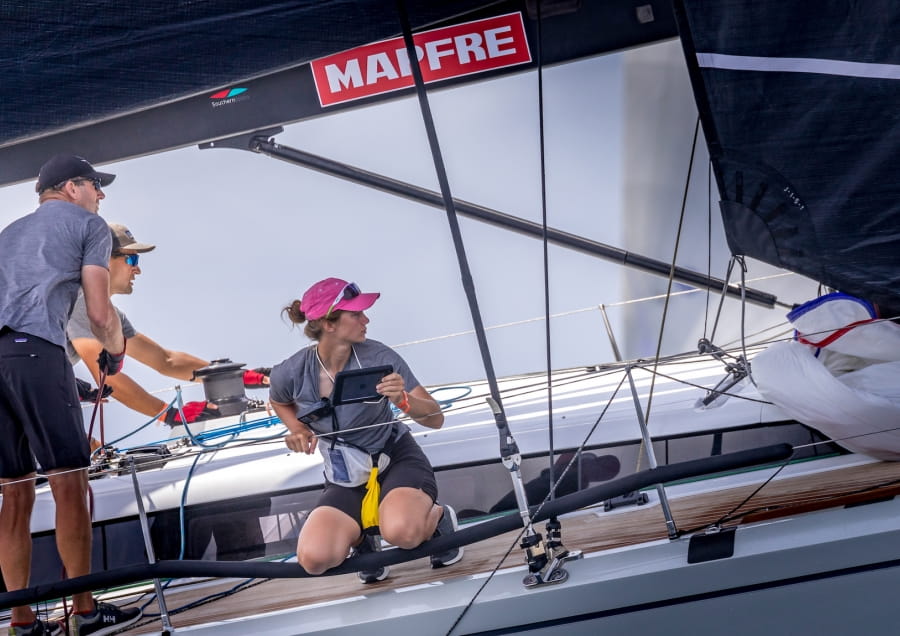 Two young female sailors are on the early stages of their respective learning curves in the ClubSwan 50 fleet.

Germany’s Lena Weisskichel is just 30 years old and is race navigating for her first time ever, in the hot seat as a first time navigator. Kiel owner of NiRaMo, Sonke Meier-Sawatzki has given a great opportunity to the former Laser Radial who wants to also get back in the 49erFX for an Olympic programme. And Twenty-five years old Polyina Lyubomirova (RUS) is steering Bronenosec 50 this season. She shared a couple of regattas with her father Vladimir last season but is steering the Russian flagged ClubSwan50 this season and has Vasco Vascotto as mentor and tactician.

Weisskichel is a bundle of energy and is clearly doing a decent job with NiRaMo in third, once place behind Bronenosec 50. She explains, “This is my very first event as navigator on any kind of short course inshore regatta. I had the pleasure of working with the old navigator Marcel Korte who was navigating last season during the training days, that was awesome because I could learn so much on this steep learning curve. The whole team are so patient when I am doing small mistakes which happens when you are still learning. It is great to be around these guys who have so much knowledge.”

Originating from Hanover she moved to Kiel to pursue her sailing career, originally racing in the Laser Radial and 49er FX and starting a new Olympic sex shop campaign. She smiles, “I am not coming from a big team or big crew and so when we came second for example it was great to do well with a team as there are so many people cheering together.

I did mixed offshore keelboat last year when the discipline was going to be in the Olympics on the L30 and Dehler 30 and I liked the role doing the work on the chart and the looking at the numbers. That was the first time I did that and enjoyed it.”

The team on board have been helpful. She has quickly learned when to stand her ground and when to accept suggestions and ideas, “ Sometimes you get feedback from the guys ‘oh these numbers can’t be right’ but you have to be confident in your own abilities and you need to know when your numbers are right and when they are wrong and listen to the feedback of the guys and see that is just their feeling or if it is actually wrong, whether it something wrong coming out the number box or if I missed them up, you really need to be self confident to really not let comments from the team get you down and challenge your confidence. You can just provide what the instruments are telling you but you need to be able to recognise when they are wrong, when you need to look more out the boat keep quiet.”

She is enjoying working with South African Mark Sadler.
“Mark is our tactician and he is really nice to work with, I have not worked with any other tacticians. It is nice to get the feedback from him, learning what he wants to hear, it is a lot different to what Marcel taught me. We are getting in tune with each other and so the format of the regatta is very good for us, we have had some time to get in sync before we get into the finals.”

On board second placed Bronenosec 50 Lyubomirova has the sparky Vascotto looking after her. She enthuses, “I have been on the Swan 60 before and the RC44 doing different jobs but this is my first season steering. Before I was doing everything like braiding the spinnakers and the runners. I want to believe that my steering is getting better and it is reflected in where you are in the fleet. If you are doing it well then you can be somewhere up the front of the fleet, if you are not steering well because you have something else on your mind then you are behind. It is key but the guys have to perform well too. This is my first time sailing with Vasco and it is amazing. He is a great teacher, very wise but with a lot of emotion which he uses well. I think that brings up a good result, there is an excitement with very precise targets. It is impressive, not many tacticians are like this.”