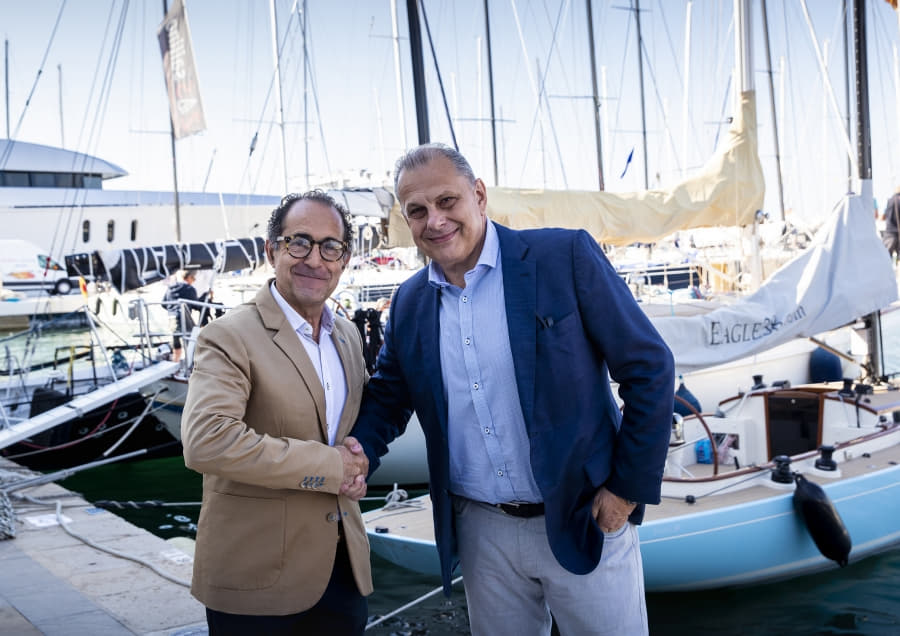 The 40th edition of the Copa del Rey MAPFRE is approaching coming up on the horizon, due to run July 29 to August 6.

Sponsors’ commitments to the showcase Mediterranean regatta are continuing to ensure that Palma, Majorca and the Real Club Náutico remains renowned throughout the sailing world for the high standard of sport on the water and the great social events ashore, putting the Balearic Islands on the map.

For all these reasons the watchmaking firm Watches of Switzerland has renewed the sponsorship contract with the Real Club Náutico de Palma through club president, Emerico Fuster, for the next three years of the Copa del Rey MAPFRE.

“Watches of Switzerland and its shareholders, the house of Leading Brands, Les Ambassadeurs, are delighted having been invited to extend our cooperation we have since 2017 with the RCNP to be a part of the ‘Copa del Rey MAPFRE Family’ for another three years,” says president, Dr. Renato A. Vanotti.

For his part, Emerico Fuster, as president of the Real Club Náutico de Palma and of the organizing committee of the Copa del Rey MAPFRE, wanted to "thank Dr. Renato A. Vanotti for his trust in continuing to be, with Watches of Switzerland, one of the major sponsors of the regatta. With his confidence and his brand image, they make the regatta a great benchmark of quality.”