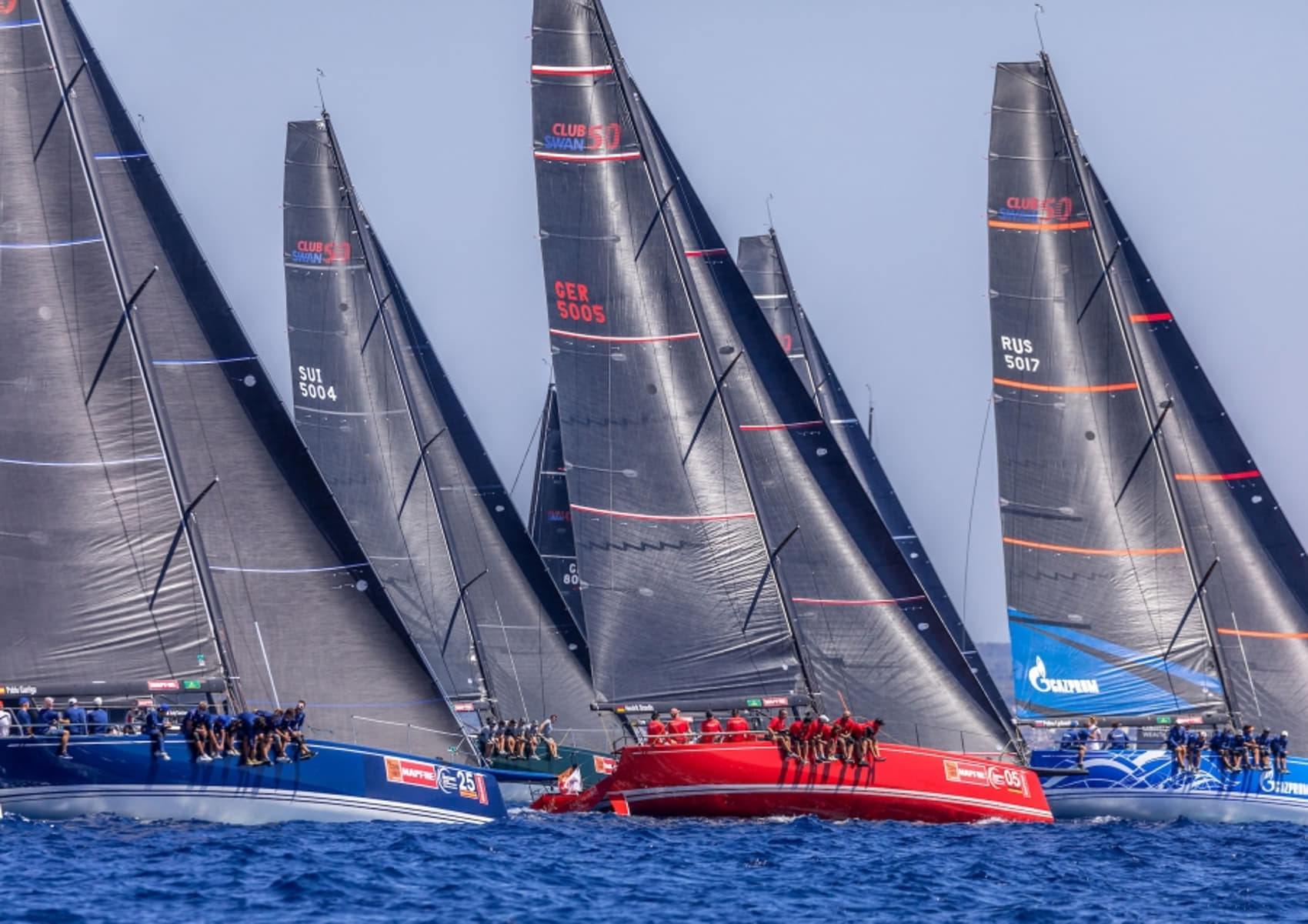 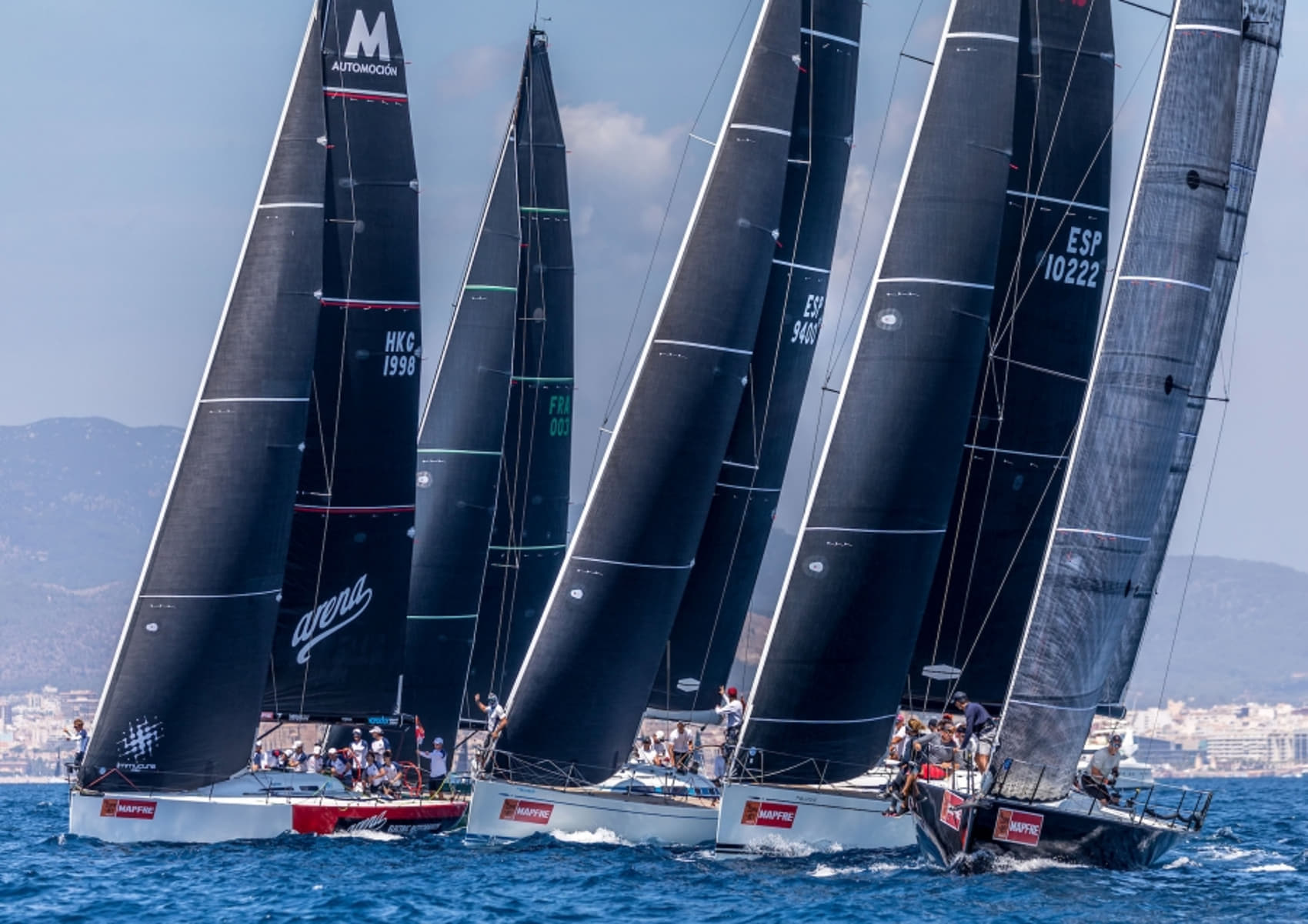 The reigning event at the Real Club Náutico de Palma will once again reunite a diverse fleet to compete in both real and corrected time from 1st to 6th August.

With just under two weeks until the 40th edition of the Copa del Rey MAPFRE kicks off at the Real Club Náutico de Palma, preparations are well underway to host a multitudinous fleet that is gearing up to compete in one of the most special editions to date. A total of 111 teams and 18 nationalities will come face to face on the racecourse in the Bay of Palma over the course of six days of competition, with the first start gun programmed for Monday 1st August.

As was the case in the last edition, the fleet will be divided almost equally into five kinds of one design classes, sailing in real time, and four classes maintaining the traditional corrected time format: BMW ORC 1, 2, 3 and 4. Moreover, the fleet includes several of the 2021 winners, returning to ratify their victory and to claim the coveted Cup title.

Group 1 includes the longest boats in the fleet, and sees the runner-up champions from the last edition, Argentinian Fernando Chaín’s From Now On, as well as the Spanish Navy’s signature boat Aifos 500, with HM King Felipe VI habitually sailing onboard, who were just three points away from the podium last year.

The BMW ORC 2 defender will also be back; Javier Banderas’ Teatro Soho Caixabank will attempt to repeat the great results which led them to victory last year ahead of the Valencian M8 who are also among the fleet.

The smaller boats competing in groups 3 and 4, include teams such as Tanit 4 Medilevel owned by María José Vila with Nacho Campos at the helm, and Italian team Enzo de Blasio’s Scugnizza.

For the four divisions of ORC, the Race Committee have programmed 11 windward-leeward races.

Out of the five one designs competing in real time, three will be sailing with the prestigious Finnish boat yard Nautor’s Swan. The ClubSwan fleet joined the Copa del Rey MAPFRE five years ago, with the ClubSwan 50 and ClubSwan 42, and this year return to the event in Palma along with the fleet of ClubSwan 36, which had their christening in the event last year.

Two out of the three winning teams from 2021 return: Hendrik Brandis’ German team Earlybird in the ClubSwan 50 and Italian team Giangiancomo Serena’s G Spot in the ClubSwan 36. The three divisions will undoubtedly be among the most competitive.

Likewise, in both the Herbalife J70 and Mallorca Sotheby´s Women´s Cup classes, the favourites for victory are the two defenders of the title: Marcelo Baltzer Foucher’s Let it be in the J70, with Juan Calvo in charge, and Nuria Sánchez’s Dorsia Covirán, skippered by Natalia Vía-Dufresne in the exclusively women’s class.

The ClubSwan competition has programmed a total of 11 races from Monday 1st August to Saturday 6th, whilst the Herbalife J70 and Mallorca Sotheby´s Women´s Cup classes may complete up to 14, beginning on Tuesday 2nd August.