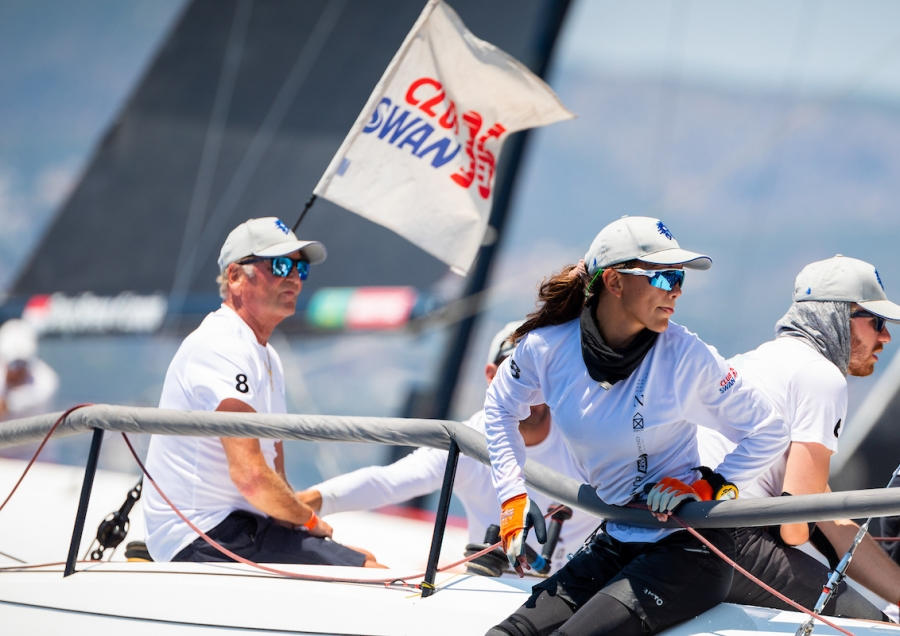 This is what they said on Day 2.

Will Ryan, Earlybird (GER) in ClubSwan 50 class:
"It was a lovely Palma day. Us as a team we are still always trying to improve and today was another step forwards. I know this team have been to Copa del Rey a lot of times and I have been to Palma many times but this is my first Copa del Rey. I am really enjoying it here and being part of a big team. On the Olympic journey it is usually just one or two people and so it is good to be here with a big team, getting the synergies right and making gains each day. This regatta is a bit of a marathon and of course it is the races at the end of the week which count for more."

Simon Sivitz, Farstar (ITA) in ClubSwan 36 class:
“It was a hard day for us even with a 5,1. The first start I made a mistake with the mainsail and we were over the start. We had to come back and restart. The conditions were difficult with a lot of choppy waves. The wind was not strong enough for the chop and balancing the boat was difficult. The crew did an amazing job. The second race we did a great start and were second at the top mark, we gained on the run to lead and then we stayed there to win but it was tough in this fleet. Now we keep focused on the final day of qualification. This new system works better in a big fleet than for us with eight boats.”

Javier Banderas, Teatro del Soho CaixaBank (ESP) in BMW ORC 2 class:
"I wish it was as easy as it looks, but nobody should be confused because this is not decided. Today, for example, we had a tough tacking war with Elena Nova, and we always have two boats with which we almost sail in real time: Katarina, who is second, and Elena Nova, third. It's true that we have four firsts, but each race is a different world and the final phase is a different race".