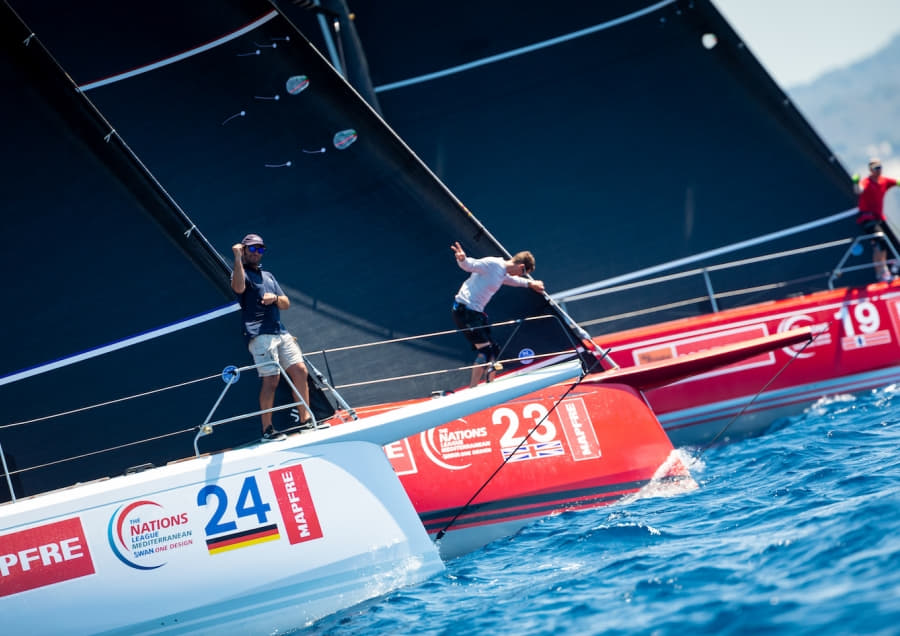 So as the Finals races start today each team is assigned points corresponding to their position they finished in the Preliminary races series. Now there are three days of Finals racing. The program for the next three days consists of five races for all classes (theoretically two on Thursday, two on Friday and one on Saturday) except those that compete in J70 and J80, which could race up to eight. All races count, there are no discards, so it is important to not make mistakes.

The winners of the Previous Series start the Final Series with one point on their scorecard, HM Hospitales (ESP) in BMW ORC 1, Teatro Soho Caixabank (ESP) in BMW ORC 2, Scugnizza (ITA) in BMW ORC 3, Meerblick Fun ( GER) in BMW ORC 4, Earlybird (GER) in ClubSwan 50, Koyré-Spirit of Nerina (ITA) in ClubSwan 42, Farstar (ITA) in ClubSwan 36, Balearia (ESP) in Mallorca Sotheby's Women's Cup and Les Roches-Tripsst ( ESP) in Herbalife J70. Their rivals start with a number of points equivalent to the position they occupied in the prelim Series (two points for second in each class, three for third.

The distribution of the fleet in the bay of Palma is the same as yesterday, on the Alfa field (the closest to Palma) the BMW ORC 3, Herbalife J70 and Mallorca Sotheby's Women's Cup will race,  in the Bravo (to the left of the bay in front of Playa de Palma) the three ClubSwan classes will compete; and in the Charlie (in the center of the bay), the BMW ORC classes 1, 2 and 4.

The first start of the day is scheduled for 1:00 p.m., although according to the main race officer, Gaspar Morey, today it may be a slower build: “The wind will likely come in a little late , about 1:30 p.m. This Embat has been working since the start of the event and it looks like it will come in all week to allow us to race right through to the final on Saturday”.

Nacho Postigo, navigator Perhonen, “I think the race courses will be quite open today except for the Bravo course which is to the east of the bay, the most left where we are with the Swans. The other two will be very open with the first beat of the first race very different to the second race.”