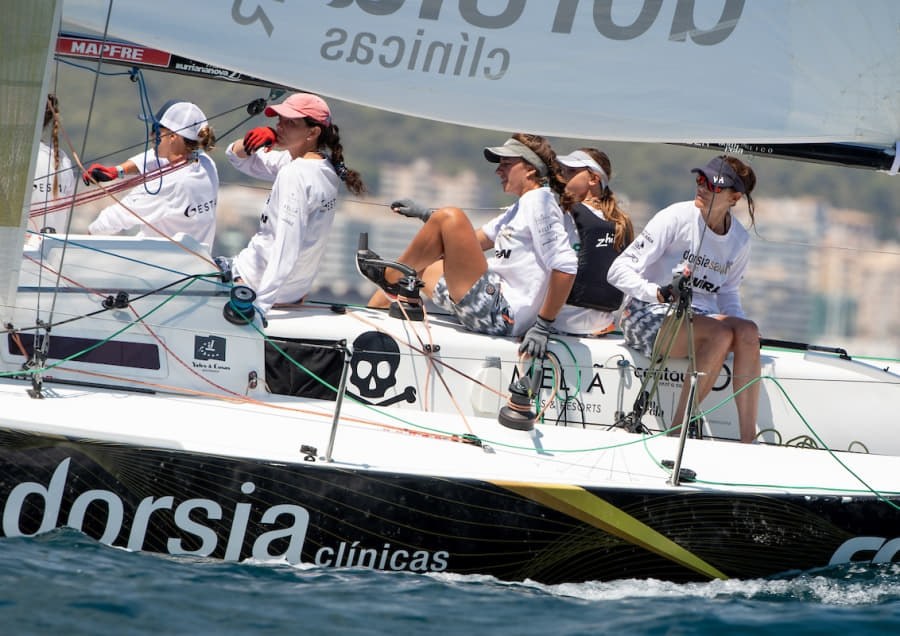 This is what they said on Day 4.

Jochen Schümann, tactician of OneGroup (GER) in ClubSwan 50:
"It was a fantastic day’s racing, our day was good but could have been better. We were leading the second race nearly to the finish. At some point we were not fast enough on the downwind so Hatari closed in and locked us out from gybing and so we got second, but first and second for the day is not bad. The first race was soft and the second one was breezier, 14-15kts. The fleet is very close it is all about getting off the starting line, getting the first little lane of pressure and the shift. And so anyone in this fleet could be first. The first race we did not go all the way right and some did and we got a nice little left shift to the mark which you sometimes get in Palma and we led but the top few boats were all within two boat lengths it was so close. And so it is hard to say what was right or wrong, it is boatspeed, it is pressure, it is just fine tuning."

Alvaro Marinho, member of Farstar (ITA) in ClubSwan 36:
"It was a very difficult day because the first race the breeze was not yet very steady still but in the second the sea breeze was beautiful. For us it is always a challenge in the Swan 36 because we sail behind the 50s so the wind is tricky. I like to see the 50s and what the locals are doing and that gives me some confidence. I have sailed the 470s a lot out of Arenal before and so that is a good race course for us (Bravo, to the left of the bay) but with a three and a one today that is fantastic."