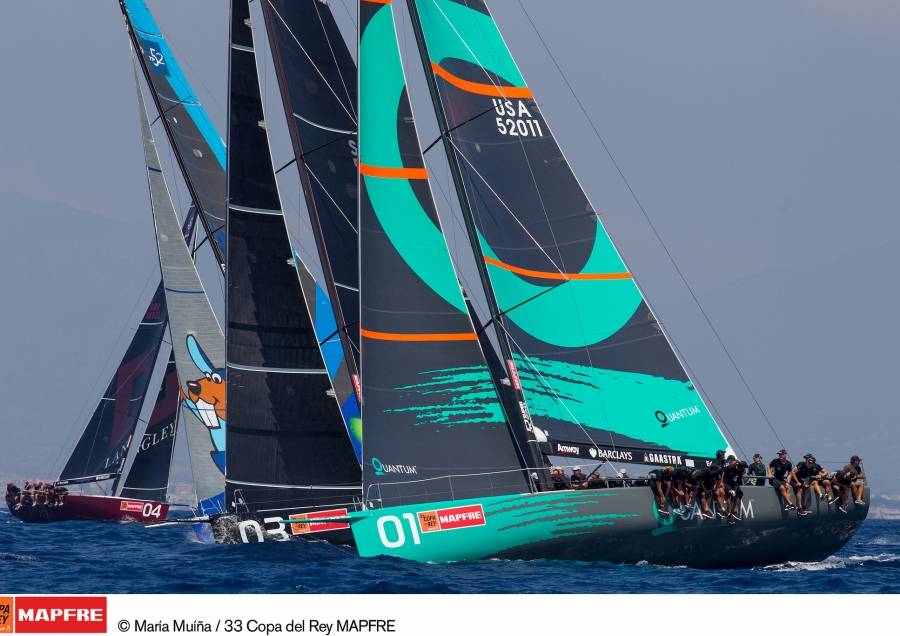 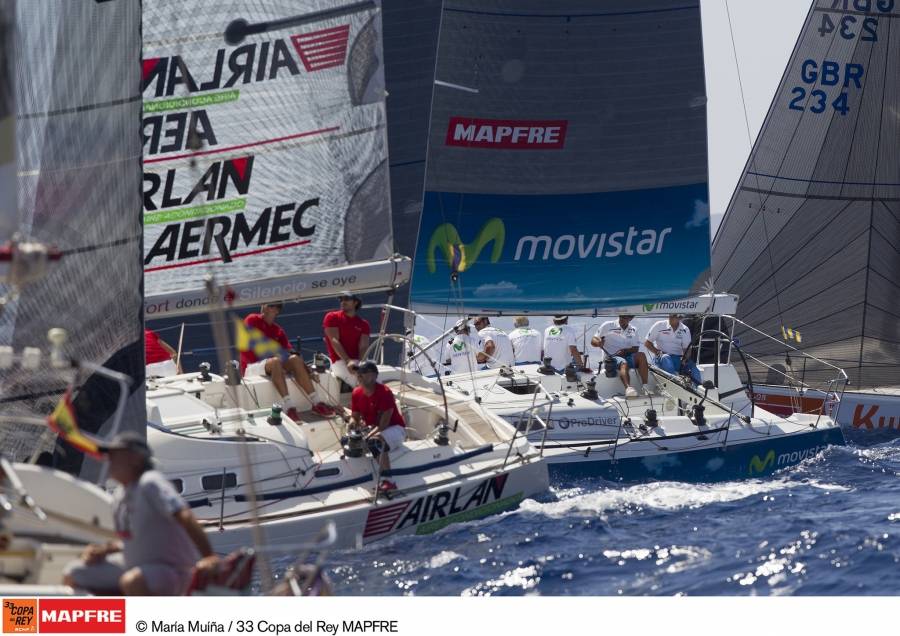 Five of the eight classes taking part in the 34 Copa del Rey MAPFRE are competing in their world championships this month. A selection of the best teams in each category has confirmed their participation in the main event of the Real Club Nautico de Palma, which will be held from August 1st to the 8th.

With just 25 days to the official start of the 34 Copa del Rey MAPFRE, the number of pre-registered entries goes up to 135 teams, from 23 different nationalities, who will compete in eight classes. Four of them will sail in real time (TP52, Soto 40, X-35 and J80) and four on corrected time (IRC 0, IRC 1, ORC 1 and ORC 2). Five of those classes will compete in their World Championships during this July, as a prelude to their participation in the main event of the Real Club Náutico de Palma: ORC (1 and 2), J80, TP52 and X-35. The Barcelona ORC World Championship gathered in Barcelona the best ORC boats from June 27th to July 4th. There were eight races held in each of the categories (A, B and C) to resolve the mystery of who would be crowned world champion this season. Pedro Campos’ Spanish Movistar was proclaimed world champion in ORC B, and will compete in the 34 Copa del Rey MAPFRE to defend her title in ORC 2, category in which she won in 2013 and 2014. Rafael Carbonell’s Rats on Fire has the same record in the Majorcan regatta, winner of the last two editions in ORC 1, who will reach Palma after finishing third in the worlds in ORC A. Another boat who finished in a podium position in the world championship and who has already confirmed its participation in Palma is José María Meseguer’s Pez de Abril, who will fight in the ORC 1 class after finishing third in Barcelona in ORC B. The J80 fleet is competing in its world championship in the waters of Kiel (Germany) this week. Up to 18 teams have already registered in the 34 Copa del Rey MAPFRE, including the provisional leader in the worlds at the time of writing this press release: Marc de Antonio’s Bribón-Movistar. The name of the new world champion will be announced next Friday, July 10th. The powerful TP52 fleet will contend their world championship in Palma de Mallorca from July 14th to the 18th, prior to their participation in the 34 Copa del Rey MAPFRE. In both regattas, the team to beat will be Doug De Vos’ Quantum Racing, world champion in 2014, as well as champion of the European and US circuits and champion of the Copa del Rey MAPFRE in the 52 Super Series class. 12 teams from eight nationalities have confirmed their participation in the main event of the Real Club Náutico de Palma. The X-35 World Championship 2015 will be held in Copenhagen (Denmark), from July 15th to the 18th, where the new world champion of the X-35 one design class will be crowned. The X-35 will also be a separate class in the Copa del Rey MAPFRE for the ninth consecutive year with minimum nine teams from five different nations, including the 2014 winner, Italian Alessandro Solerio’s Lelagain. The 34 Copa del Rey MAPFRE is organized by the Real Club Náutico de Palma and will be held from August 1st to the 8th, 2015.